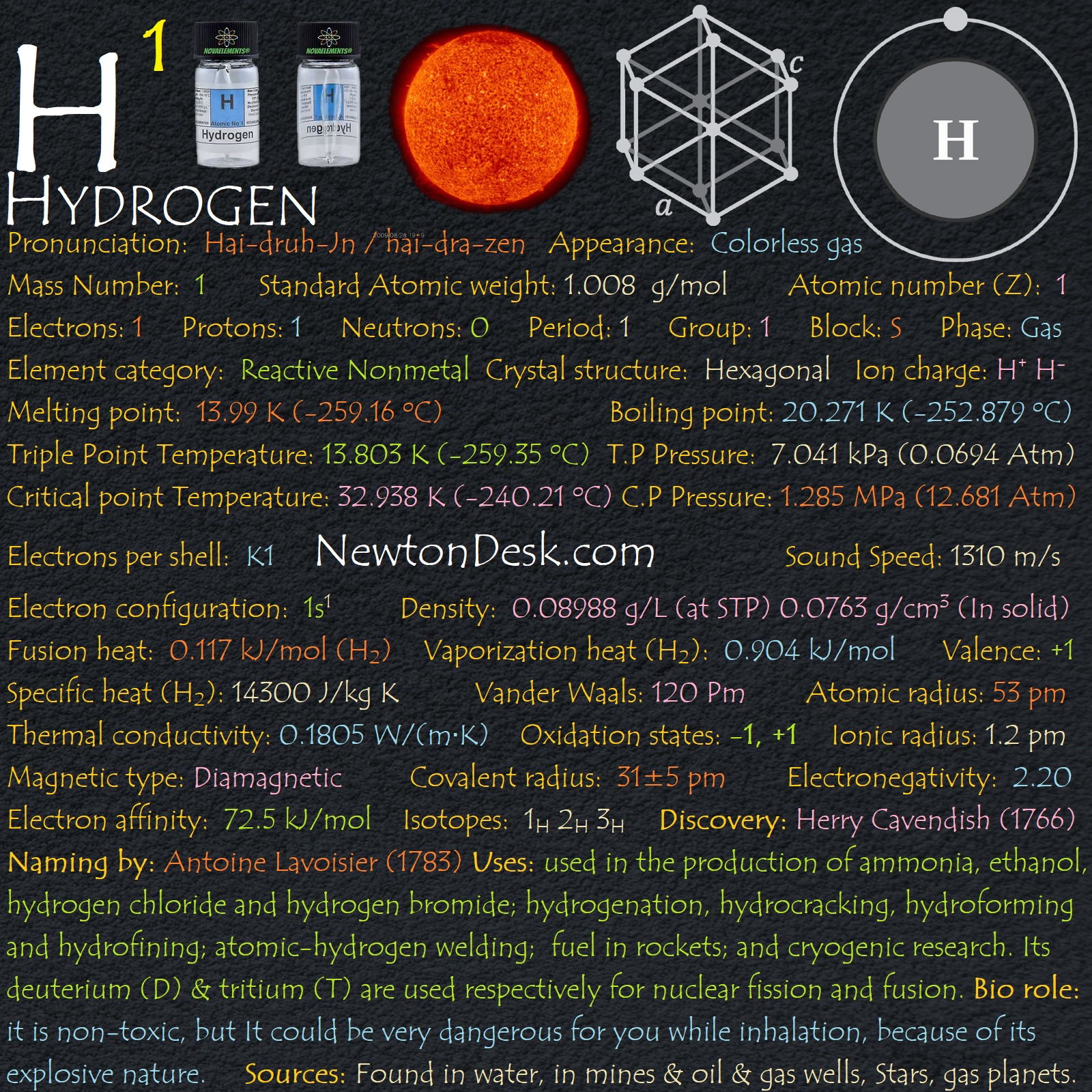 Hydrogen is the first element of the periodic table. In normal condition, it is Odourless, Colourless and Tasteless gas, which is formed by diatomic molecules (H2). The hydrogen atom is formed by a nucleus with one unit of Proton (positive charge) and one electron (negative charge). It is one of the main compounds of water (H2O) and of all organic matter such as living plants, petroleum, coal etc… 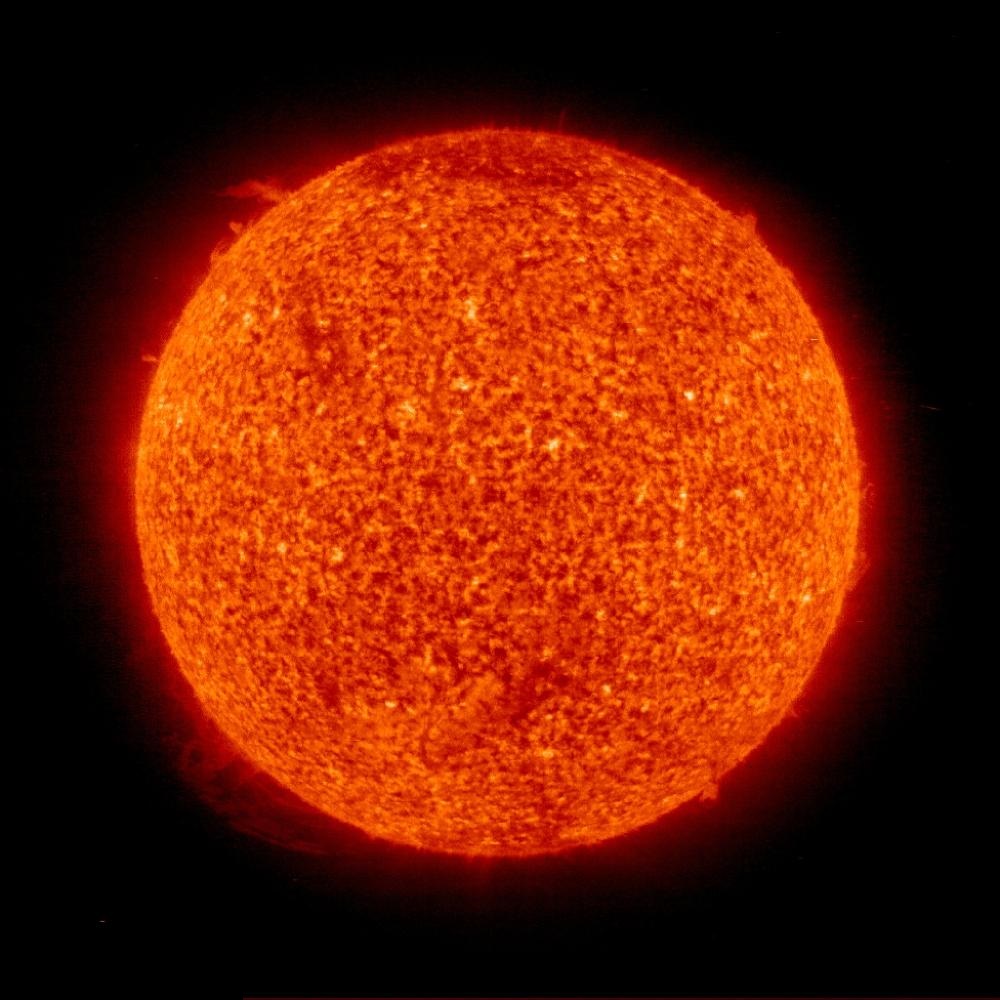 Nuclear Fusion  In The Sun (Star)

Apart from hydrogen isotopes, the ordinary hydrogen (H2) is the mixture of two kind of molecules, known as Ortho-hydrogen and Para-hydrogen. Which differ from another by nature of spin of their electrons and nuclei.

In Ortho-hydrogen, both the nuclei are spins in the same direction.

In Para-hydrogen, both the nuclei are spins in the opposite direction.

At the room temperature, hydrogen (H2) contains about 25% of the Para form and 75% of the ortho form.

There are Three isotopes of hydrogen, Hydrogen is the only element whose isotopes have been given different names.

3) Tritium (3H) having 1 Proton & 2 Neutron, which appears in small quantities in nature, But it can be artificially produced by various nuclear reactions. It is used in the production of the Hydrogen bomb (fusion bomb). It is also used as a radioactive agent in making luminous paints, and as a Radioactive Tracer to diagnose industrial reactors.

Deuterium and Tritium are both used as fuel in nuclear fusion reactors. 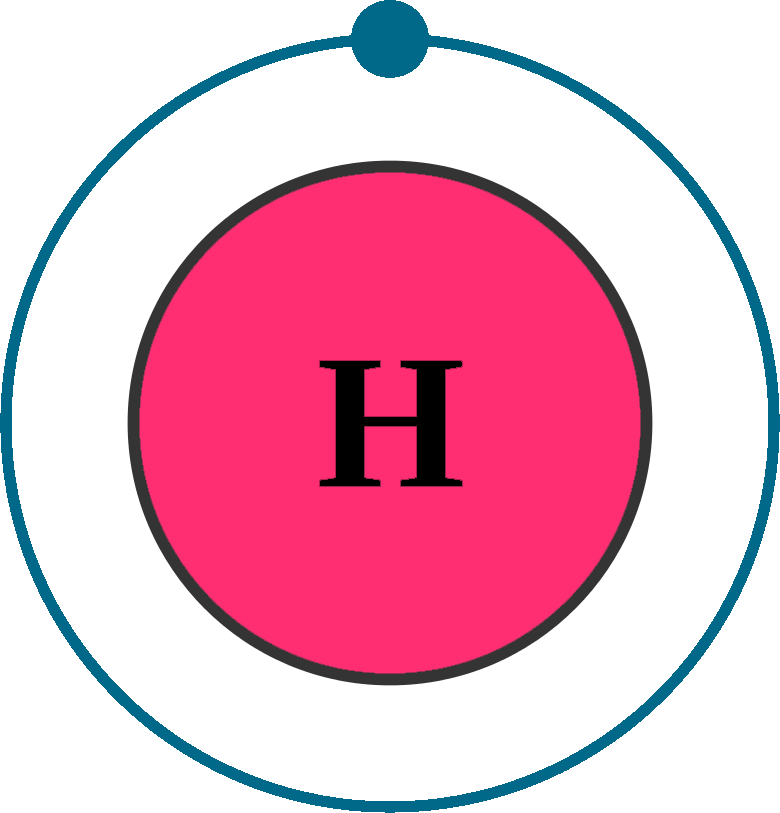 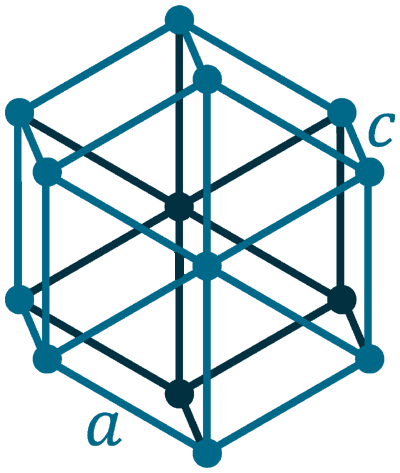 The element reacts witx oxygen and with a flame or spark. The reaction of fire or explosion occurs, depending on the conditions.

Nitrogen can be react with hydrogen, which is called Haber process. Where heated with 400-5500 oC Fe catalyst.

Hydrogen doesn’t react with water, but slightly soluble in water.

Hydrogen reacts with halogens and forming hydrogen halides. The reactions are slow at normal temperature, except of fluorine and for increases the speed of reaction, increasing the temperature. Reaction of hydrogen with fluorine and chlorine can be explosive.

The element reacts with sulfur and forms hydrogen sulfide.

Hydrogen reacts with alkali matals and strontium, calcium and barium, and forming Hydrides.

Cd is usually doesn’t not reacts with H2 at normal temperature. But At 450 ⁰C H2 I absorbed in the metal.

Hydrogen does not react with Platinum, gold, and tungsten, but dissolved in the metal.

It reduces some metal oxides.

Large quantities of hydrogen are used in the Haber process for production of Ammonia for agricultural fertiliser, where the hydrogen reacted with nitrogen to form anhydrous liquid ammonia. Hydrogen is also largly used in Hydrogenate oils to form fats (for example to make margarine), in production of Methanol (CH3OH) and Cyclohexane (C6H12), in Hydrocracking, in Hydrodesulfurization (sulphur elimination), and in Hydrofining, in metal refining. Other uses are in the production of hydrochloric acid (HCL), in Welding, in filling ballons, and in the reduction of metallic ores.

Liquid hydrogen is used in cryogenic Research, including Superconductivity studies, as well as a Rocket fuel in Cryogenic engine to powering the Space Shuttle’s lift-off and ascent into orbit, and as a rocket propellent propelled by Nuclear energy. 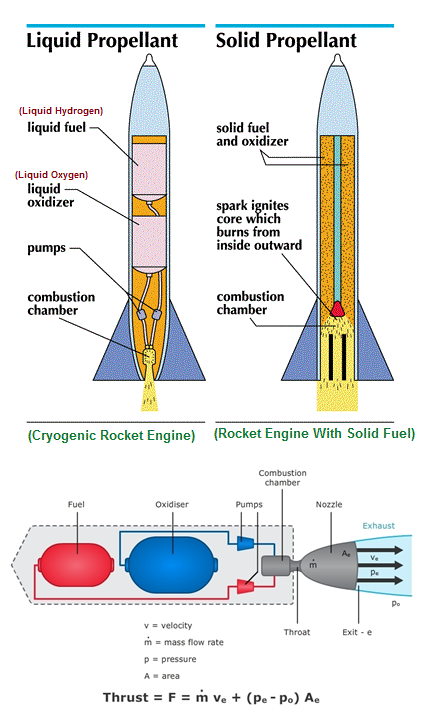 Isotopes Deuterium and Tritium are used in Nuclear Fusion.

Isotope Deuterium (hydrogen-2) is used in Nuclear Fission applications as a moderator to slow down Neutrons, and is also used in nuclear fusion reactions. Deuterium compounds have applications in chemistry and biology in studies of reaction isotope effects.

Isotope Tritium (hydrogen-3) produced in nuclear reactors, and it is used to construct Hydrogen Bombs. It is also used as an isotopic label in the biosciences and as a radiation source in luminous paints. 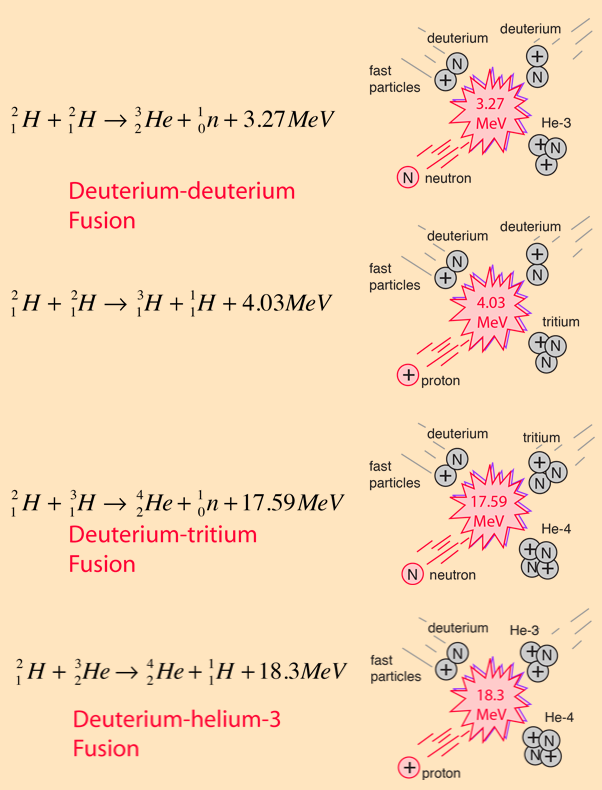 Hydrogen can be burned in internal combustion engines, and provide pollution-free power (no emissions of CO2 or toxic chemicals). This new technology of hydrogen is developing in form of “Hydrogen fuel cell”, that will allow great amounts of electrical power to be obtained using a source of hydrogen gas. Researchers see hydrogen gas as the cleanest fuel of the future because it generated from water and returning to water when it is oxidized. This Hydrogen-powered fuel cell technology are now being used in some buses and cars. 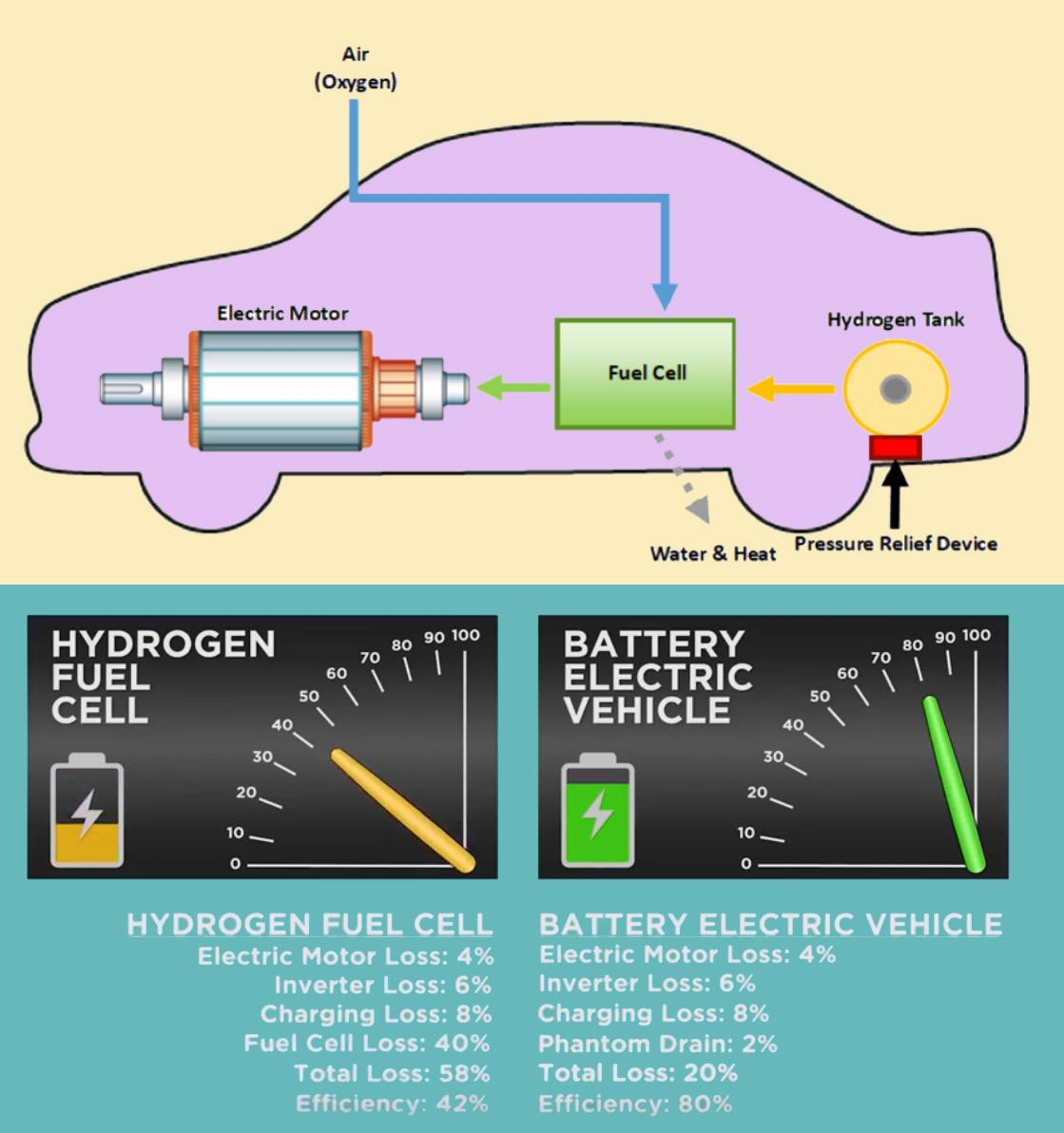 In the glass industry hydrogen is used as a protective atmosphere to make flat glass sheets, and In the electronics industry it is used as a flushing gas during the manufacture of silicon chips.

Hydrogen is about Fourteen times lighter than air, that’s why it was used for filling balloons and Airships, but it reacts vigorously with oxygen. So its future of filling airship ended after Hindenburg disaster in 1937, where Hindenburg airship caught fire. 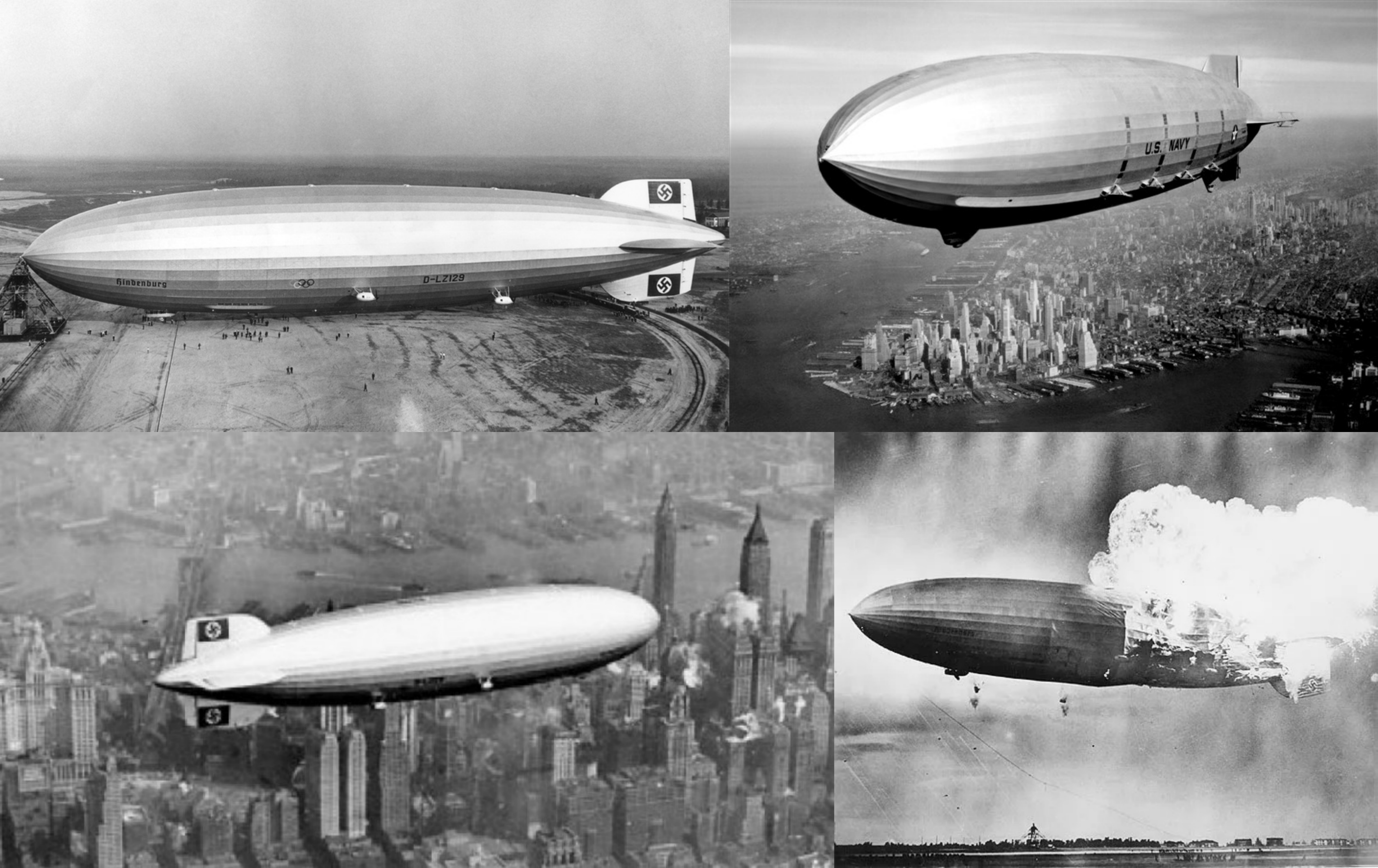 Hydrogen compound H2O2 (hydrogen peroxide) is a mild antiseptic, it is used on wound or cut on skin to prevent infection, it can also be used to germ-free cleaning like in mouth wash, in Laundry additives, pit stain remover.

Hydrogen is an essential element for our life. It is present in water and in almost all the molecules in living things. However It remains bonded to carbon and oxygen atoms, while the chemistry of life occurs at more active sites, for example, nitrogen, oxygen, and phosphorus.

Hydrogen is extremely flammable and many reaction may cause fire or explosion. Heating the gas may cause violent combustion or explosion. It Reacts violently with air, oxygen, halogens and strong oxidants causing fire and explosion hazard. Metal catalysts, such as platinum and nickel, greatly enhance these reactions.

Hydrogen is non-toxic, but It could be very dangerous for you while inhalation, because of its explosive nature.

High concentrations of hydrogen cause an Oxygen-deficient environment, and breathing in such that environment may experience some symptoms that include headaches, ringing in the ears, drowsiness, nausea, fainting, dizziness, vomiting and depression of all senses. Even the skin may have a blue color and under some circumstances, death may occur.

First aid while Fire: Shut off the supply, if it is not possible and no risk to surroundings, then let the fire burn itself out. In other cases you can extinguish the fire with water spray, powder, or carbon dioxide (CO2).

First aid while Explosion: In case of fire, keep cylinder cool by spraying with water. Inhale Fresh air, where Artificial respiration may be needed, and Refer to medical attention.

Hydrogen is the most abundant element in the universe, making up about 75% of the universe’s mass and over 90% of all atoms. Hydrogen is found in the largest amount in the water on the earth, despite its great abundance everywhere, hydrogen is very rare in the earth’s atmosphere (less than 1 part per million by volume). Because when hydrogen enters in the atmosphere of earth, then due to light weight quickly escapes from the Earth’s gravity into outer space.

The element is found in the Stars, which plays an important role in universe to given power through the both Carbon-Nitrogen-Oxygen cycle (CNO Cycle) and Proton-Proton reaction. Stellar hydrogen fusion processes (nuclear fusion of four protons to form a helium-4 nucleus) release enormous amounts of energy by combining hydrogens to form helium.

Hydrogen Isotope (Tritium) is readily produced in nuclear reactors, which is used in the production of the Hydrogen Bomb.

Hydrogen is also found in great abundance in gas giant planets like Jupiter, where hydrogen is the primary component and at some depth of the planet, the pressure is so high, that converts the solid molecular hydrogen to solid metallic hydrogen.

2) Decomposition of some hydrocarbons with heat.

How to Get Pure Hydrogen from Impure hydrogen in Laboratory 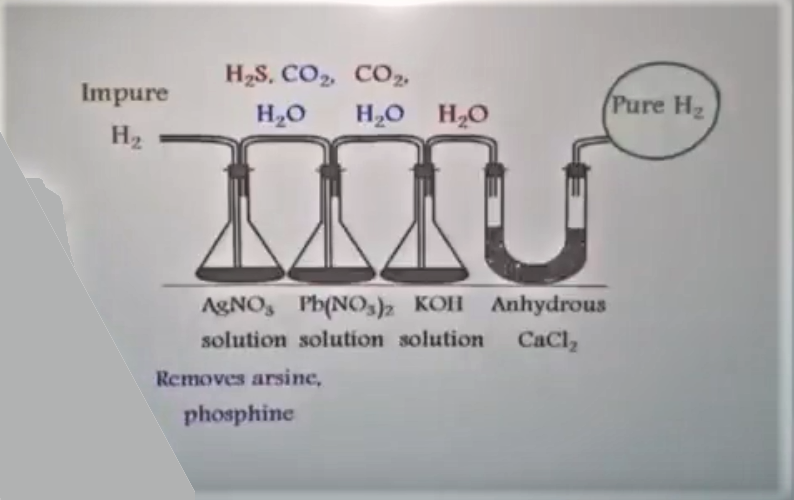 Research is underway to develop other methods of producing hydrogen such as
– Using microbes that use light to make hydrogen,
– Converting biomass into gas or liquids and separating the hydrogen,
– Using solar energy technologies to split hydrogen from water molecules.

Hydrogen price is around $2-$3 per Cubic meter.

You Can Buy Pure Hydrogen Gas and Product

Previous: He Who Has No Faith In Himself – Guru Nanak Says
Next: Longest Travel From Portugal to Vietnam By Train