Crystalline silicon is very brittle, and has a metallic luster & grayish color.
It is the most abundant electropositive element (lose electrons to form positive ions) in The Earth’s crust.

Silicon is usually tetravalent (makes four bonds to other atoms) in its compounds, although sometimes its bivalent (two or more atoms bound together as a single unitmolecule), and it’s purely electropositive in its chemical behaviour.

Hyperpure Silicon is an intrinsic/naturally semiconductor.

Silicon is a relatively inert element (atoms don’t combine with other atoms), but it is attacked by halogens & dilute alkali.
It doesn’t affect by acids, except hydrofluoric (HF).

The element transmits more than 95% of all wavelengths of infrared, from 1.3 to 6.y micro-m.

It forms various series of hydrides (anion of hydrogen, H–), various halides (many of which contain silicon-silicon bounds) and many series of compounds which contain oxygen, which can have ionic or covalent properties. 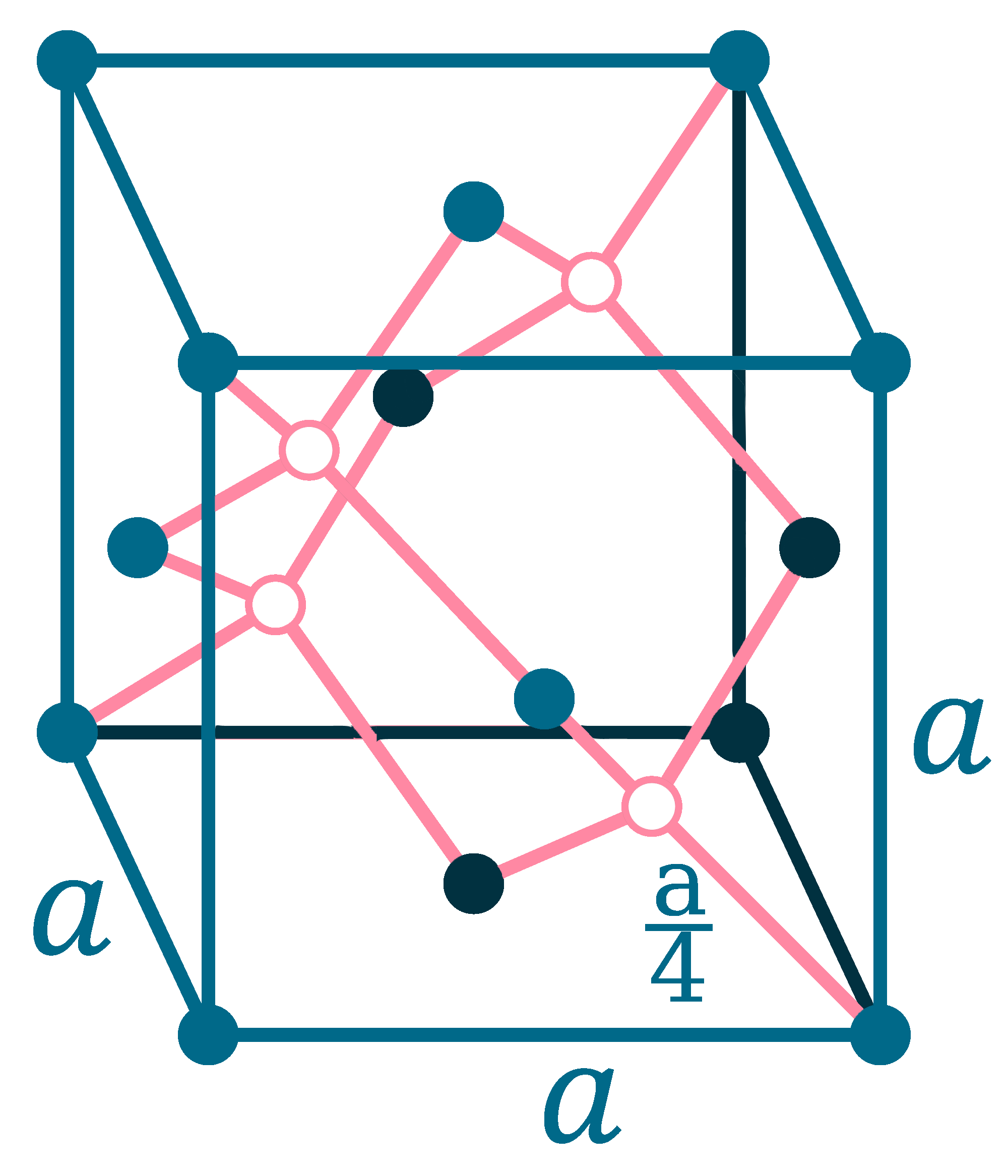 Purify MG-Si into EG-Si by converting Liquid volatile silicon such as Dichlorosilane (SiH2Cl2), Monosilane (SiH4), and Trichlorosilane (SiHCl3).
conversion is done by reacting it with anhydrous hydrogen chloride (HCl) at 300o C in a fluidized bed reactor:
MGS + 3 HCl → SiHCl3 + H2
Now, Boils at room temperature, where impurities can easily be removed through distillation to produce extremely high purity Trichlorosilane (TCS) liquid, which is converted to solid polysilicon by siemens process, that give results in EG-Si with purity of 99.999999998%

Silicon is one of the most useful elements for humankind.
Mostly, it is used to make an alloys including ferro-silicon (iron-silicon) & aluminium-silicon (AlSi) to provide more resistance.
These alloys are used to make engine blocks, dynamo & transformer plates, cylinder heads and machine tools, and to deoxidise steel.

Silicon is also used to make silicones (polysiloxanes), It is a silicon-oxygen synthetic polymer with attached methyl group (contain 1 carbon atom & 3 hydrogen atom, Like CH3).
It can be prepared by hydrolyzing (break down by chemical reaction with water) a silicon organic chloride, such as dimethyl silicon chloride (C2H6Cl2Si).

Silicones are quite stable to extreme temperatures, water, oxidation, and have useful dielectric (electrical insulator), antistick, and antifoam properties.
Silicone oil is a lubricant and is added to hair conditioners & some cosmetics.
Silicone rubber is used as a waterproof sealant in bathrooms, around windows, roofs, and pipes.

A Silicone is one of the two best materials for making reborn babies or artificial human toys, and the other material is vinyl (-CH=CH2).

Silica gel is a substance that absorbs moisture from air, which makes these packets perfect for keeping things (such as New purse, shoes, headache medicine etc..) extremely dry & moisture-free. 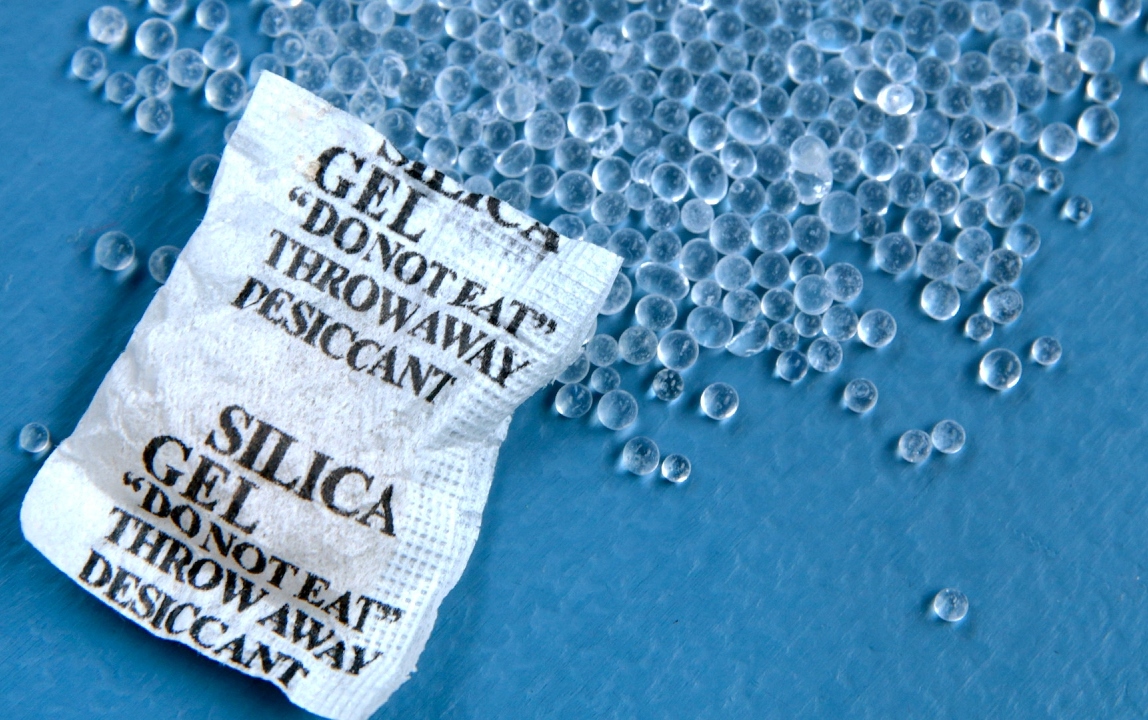 Silicone grease is a waterproof grease, which is used for lubricating and preserving rubber parts, and also used in plumbing industry in faucets and seals.
It is made by combining a silicone oil (polydimethylsiloxane, (C2H6OS)n) with a thickener (amorphous fumed silica.).

Silicon Rings for Male and Female

Electronic grade Silicon (EG-Si, Extremly highly purified) is extensively used as a semiconductor in solid-state devices (a device in which electricity flows through solid semiconductor Like in solar cells (Photovoltaic cells, converting solar energy into electricity), transistors, rectifiers etc..) in the computer, space-age & microelectronics industries.
The silicon can be doped with tiny amounts of gallium, boron, arsenic or phosphorus to control its electrical properties.
Upgraded Metallurgical grade silicon (UMG-Si, slightly Purer of MG-Si) can be used in cheaper electronics devices.
Metallurgical grade silicon (MG-Si, with purity of 98% or higher) is used as raw material in the manufacture of organosilica and silicon resins, oils & seals.

Granite and most other rocks are complex silicates, which are useful refractory material for high-temperature work, and these are used for civil engineering projects.
Sand (silicon dioxide or silica, SiO2) & Clay (aluminium silicate, Al2SiO5) are used to make concrete, brick, and cement.
Sand (Silica, SiO2) is also the principal ingredient of glass, which has thousands of uses, such as window glass, containers, insulators, sawing stone, grinding, sand blasting, wood paste, in Laboratories, in chemical plants, etc..

Silicon tetrachloride (SiCl4) can be used as iridize glass (a glass is coated with a fine metallic coating).
Silica is one of the most inexpensive (uncostly) materials with excellent thermal, mechanical, electrical, and optical properties.
Due to its good Refractory properties, Silicon (as silicate) is also used in making pottery, enamels and high-temperature ceramics.

Silicon carbides (SiC) are important abrasives,which is one of the hardest material and it has been used in lasers to produce coherent light of 4560 Å.

Silicon is essential to plants (Rice etc..) for their growth, and use in animal cells is uncertain, But there is some evidence that silicon is important to human health for their Bone, Hair, Nail, & Skin tissues.

Phytoliths (plant stone) are tiny particles of silica that form inside some plants.
Since these particles do not decay/rot, they remain in fossils and provide us useful evolutionary evidence.

Silicon is non-toxic but some silicate minerals, such as asbestos, are carcinogenic (promotes the formation of cancer).

Workers, such as stonecutters & miners, who are breathed siliceous rocks dust into large quantities, which can develop a serious Lung disease called silicosis.

Silicon is the 2nd most abundant element (first is oxygen) in the Earth’s crust (27.7%, by weight), and 7th most abundant in the universe.
It is not found free in nature, but occurs chiefly as Silica (silicon dioxide, SiO2) and as silicates (SiO42-).
It is also a component of Tektites (a rare blacky natural glass formed when an asteroid strikes the Earth).

Amorphous silicon (a-Si, Non-crystalline form of silicon) can be prepared as a brown powder, which can be easily melted or vaporized.

The Czochralski process is a method of crystal growth, which is commonly used to produce single crystals of silicon used for solid-state or semiconductor devices.

Highly-pure silicon for the electronics industry, is prepared by the thermal decomposition of ultra-pure tetrachlorosilane  or trichlorosilane (HSiCl3) in a hydrogen atmosphere, and by a vacuum float zone process.