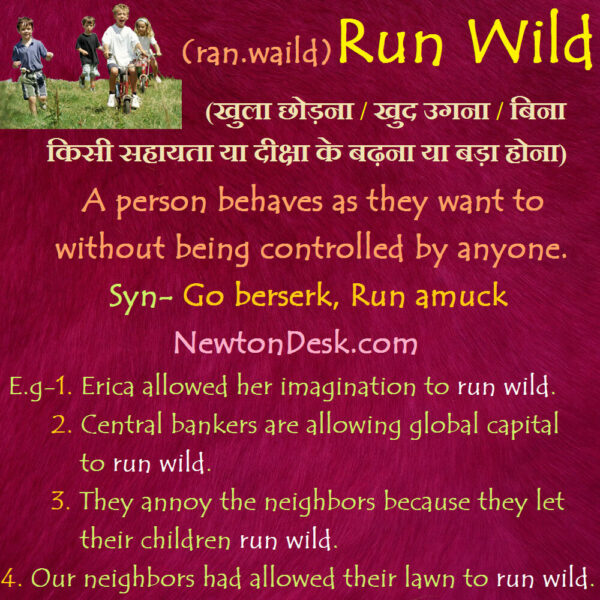 Run Wild Meaning – A Person Controlled Without Anyone

in Newton Desk, Words and Expressions Leave a comment 4

A person behaves as they want to without being controlled by anyone.

3. Our neighbors had allowed their lawn to run wilds.

4. They annoy the neighbors because they let their children run wilds.

5. The atomic reactor could run wilds with too many neutrons.

6. That boys have been allowed to run wilds.