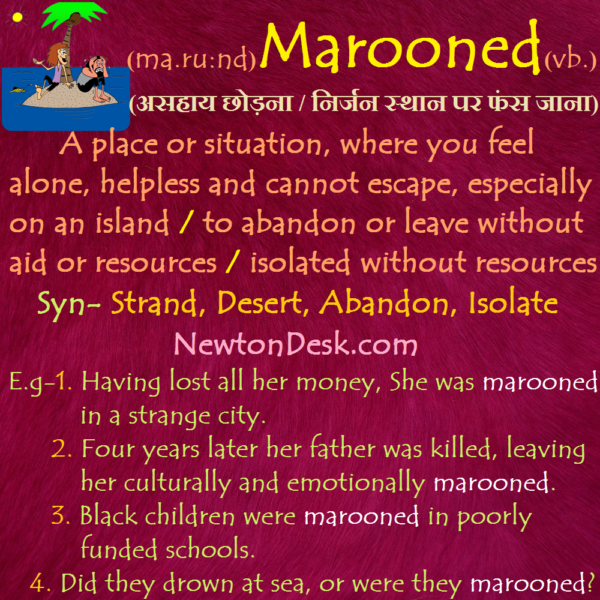 Marooned Meaning – To Abandon or Leave Without Aid or Resources

in Newton Desk, Words and Expressions Leave a comment 642 views 5

A place or situation, where you feel alone,  helpless and cannot escape, especially on an island / to abandon or leave without aid or resources / isolated without resources.

E.g-1. The chaos began after a peaceful protest by some of the thousands of migrants marooneds in Mexico.

2. Four years later her father was killed, leaving her culturally and emotionally marooned.

3. Having lost all her money, She was marooneds in a strange city.

5. Did they drown at sea, or were they marooneds?