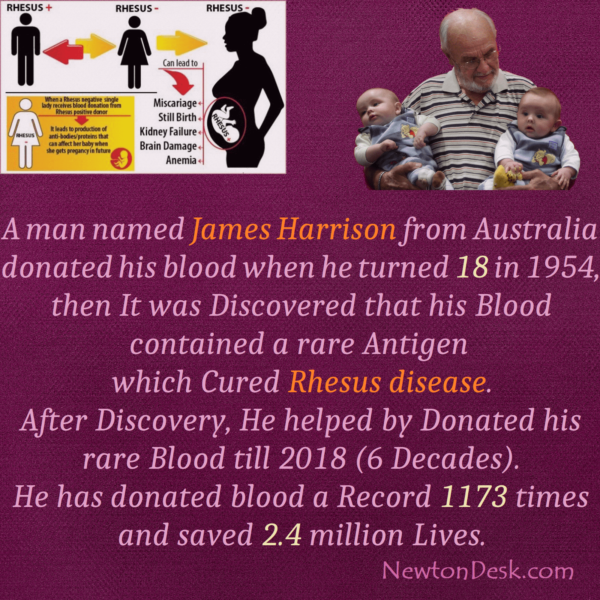 After needing 13 liters of blood for a surgery at the age of 13 (in 1949), a man named james Harrison from Australia pledged to donate his blood once he turned 18 in 1954.
then It was discovered that his blood contained a rare Antigen which cured Rhesus disease.
after discovery, He helped by donated his blood till 2018 (6 decades).
He has donated blood a record 1173 times and saved 2.4 million lives.
He also known as the Man with the Golden Arm for a blood plasma donor.