To Get Better Experience of This Website, Kindly Open It On Laptop / PC / Tablet
Biggest Stars of Our Galaxy
Top 10 Dangerous Snakes
Top 10 Deadliest Poisons
Top 10 Tallest Trees
Secrets of Eating Drinking & Sleeping
Secrets of Our Body Clock
All FlashCard Images Are In High-Resolution, Please wait For Some Seconds To Open While You Click On Image.
Home / Newton Desk / Helium He (Element 2) of Periodic Table

Helium He (Element 2) of Periodic Table 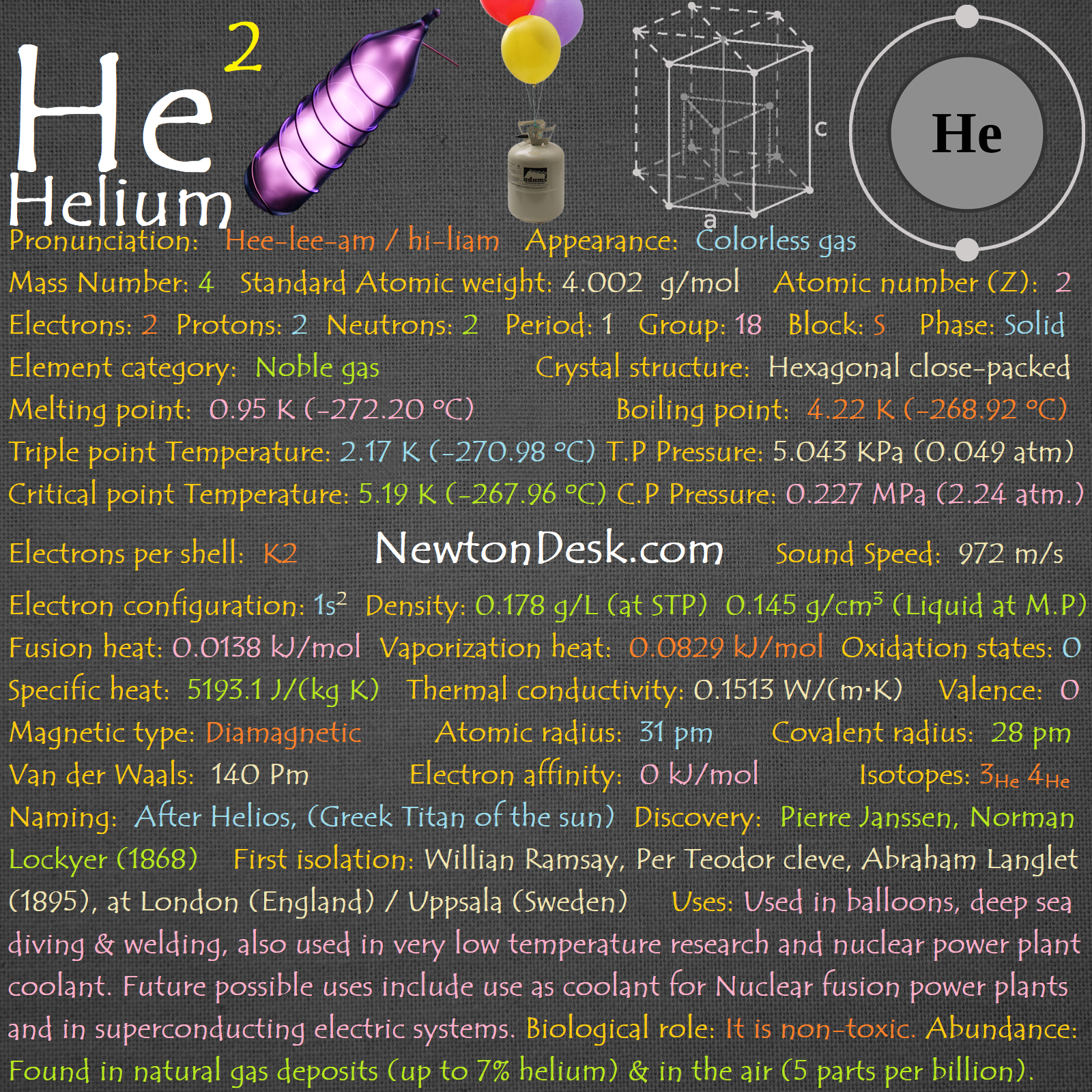 Helium is a Odourless, Colourless, insipid and non-toxic gas. It has many unique properties such as low density, low boiling point, low solubility, high thermal conductivity and inertness (less reactive).

It is the only element that cannot be solidified by lowering the temperature, It remains liquid down to absolute zero at normal pressures, but it can readily solidify by increasing the pressure. 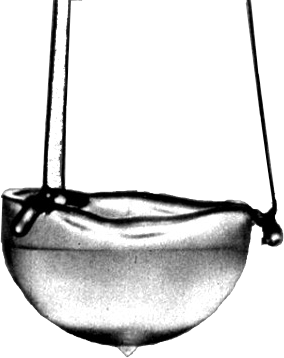 The specific heat of helium is high and the density of helium gas is very low but at the normal boiling point is high. Soild Helium-3 (He3) and Helium-4 (He4) are unusual in that both can be changed in volume by more than 30% by applying pressure.

Valency of Helium is zero, so it seems to have a weak tendency to combine with certain other elements. 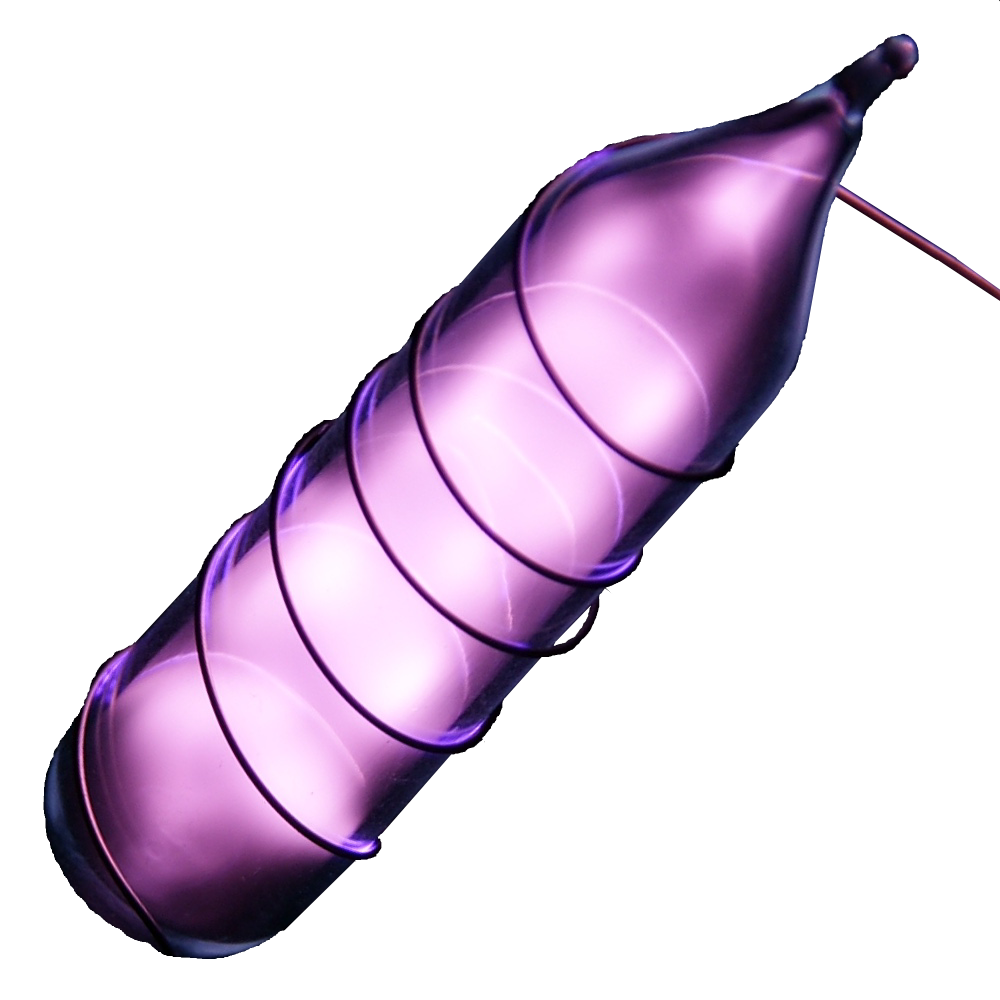 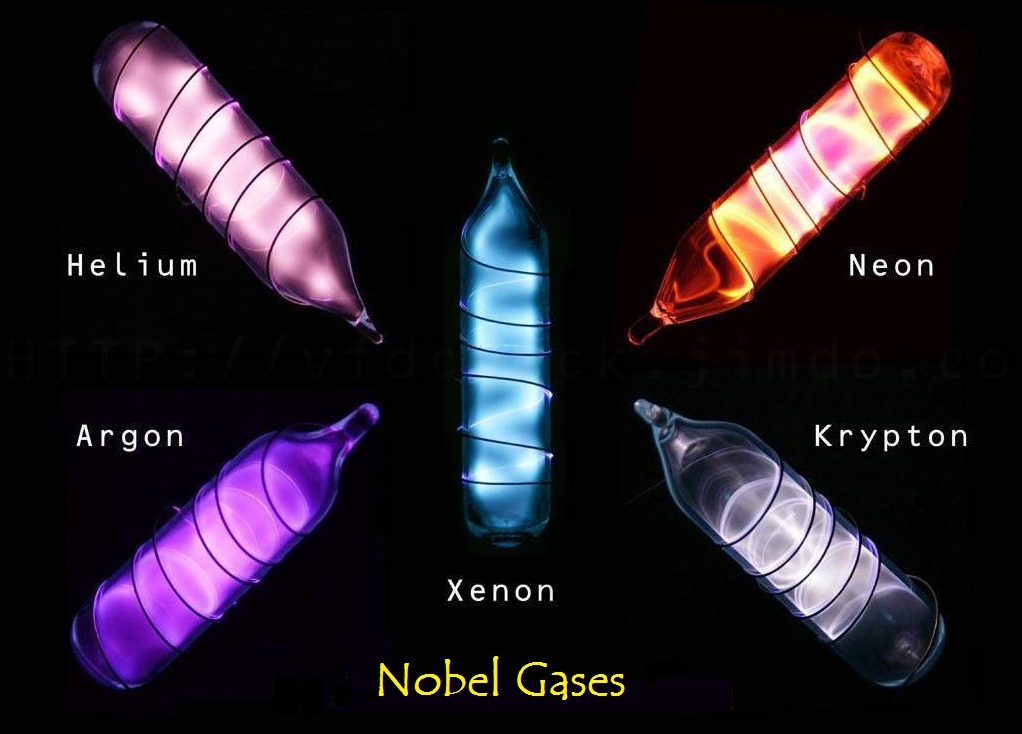 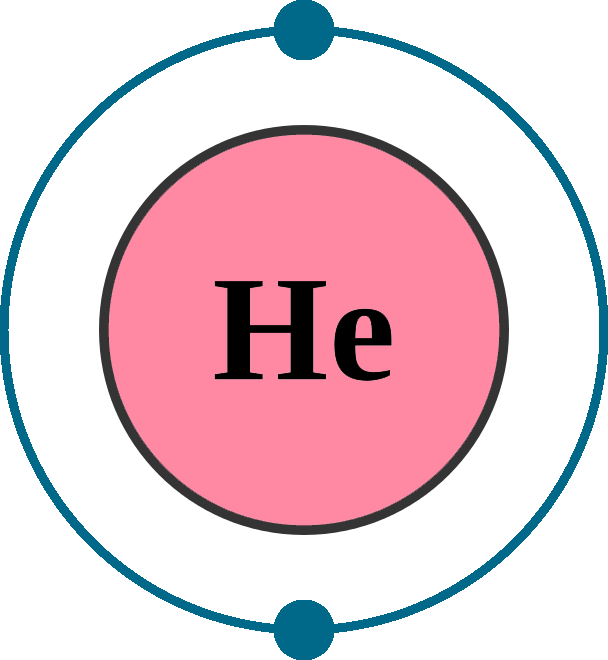 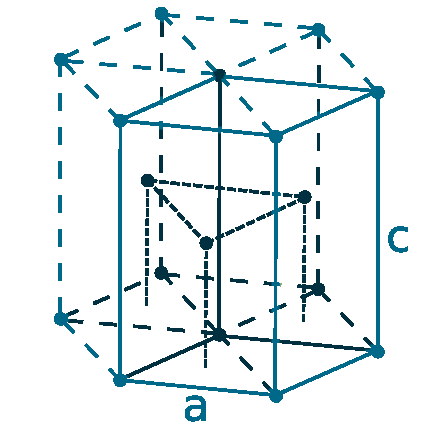 Fission Reaction of Uranium 235 (U-235) Bombarded by Neutrons:

Fusion of Deuterium and Helium-3:

Naming:  After Helios, (Greek Titan of the sun)

Helium is non reactive element, so it is used as an inert gas shield in robotic Arc welding. It is also used as a protective gas (non-reactive atmosphere) for growing Silicon & Germanium crystals and producing Titanium & Zirconium. Silicon and Germanium crystals are used to make fiber optics and electronic semiconductor devices.

Helium is the only element which is capable to reaching temperatures lower than 15 K ( 258.15ºC, -434ºF). That’s why Helium is used in Cryogenic research, and also used as a cooling medium for the Large Hadron Collider (LHC), as well as a working fluid in Nuclear reactors cooled down by gas, and for the superconducting magnets in MRI (magnetic resonance imaging) scanners and NMR Spectrometers, and in the development of the superconductivity state, where the resistance to the electricity flux is almost zero. It is also used to keep cool the Satellite instrument, Liquid oxygen, and Liquid Hydrogen.

Helium is used as a gas for Supersonic wind tunnels.

Because of its low density, Helium is very light weighted gas and is often used to fill Decorative balloons, Weather balloons, and Airships (dirigibles ballons). Hydrogen is also very light but can’t used in these applications, because it is dangerously reactive, and helium is much safer than hydrogen.

Helium is also used as Mass Spectrometer Leak Detector (MSLD) to detect leaks, such as in car air-conditioning systems, and because of it diffuses (spread) quickly, it is used in the Car Airbags to inflate (fill with air or gas) after impact.

Helium is used as pressurizing gas in Liquid propellant (fuel) for Rockets, and in a Helium(80%)-Oxygen(20%) mixture, which is used as an artificial atmosphere for deep-sea divers and others working. Ratios of He and O2 can be changes for different diver opration depths.

Now our scientists are working on the isotope helium-3, because Helium-3 (He3) gas has the potential to be used as a fuel in future Nuclear fusion (Aneutronic fusion) power plants. But helium-3 is very rare on earth, even It is produced as a by-product of the maintenance of nuclear weapons. Scientist expect that a huge amount of Helium-3 is available on moon, because the Moon has been bombarded with large quantities of Helium-3 by the solar wind. Several space agencies have subsequently signalled their intention to go to the Moon to mine helium-3 as a fuel supply. 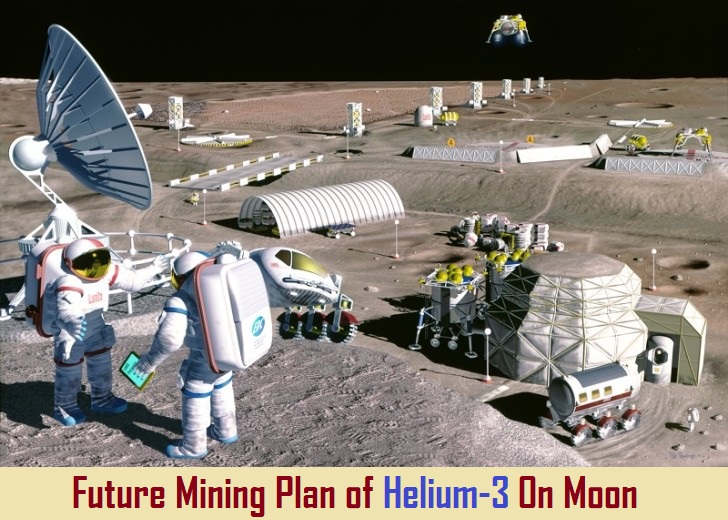 Plan To Mining of Helium 3 On The Moon

ISRO, Indian Space Research Organization’s mission Chandrayan-2 was also launched on 22 July 2019, which has to be land on 7 sept.2019 to discover the Helium-3 on the southern side of the moon, but unfortunately, it’s lander was crashed on the surface of moon after breaking the contact before 2.1 KM Altitude. But orbiter is going working fine, which having 8 Payloads to study of the moon.

Helium has no biological role, and at standard conditions It is non-toxic.

Effects on normal exposure, The substance can be absorbed into the body by inhalation. But Inhalation on High amount, then Dizziness, Dullness, Headache, Suffocation can occur. It is only risked in that area, where lower oxygen is contained in the air, that’s why Check oxygen content before entering the area.

After the hydrogen, helium is the 2nd most abundant element found in the universe.  It is extracted from the Natural gas, which can contain up to 7% helium. In fact, all-natural gases contain at Least trace quantity of helium and the concentration of helium is higher than the atmosphere.

Helium is present in great abundance, in all hotter stars, and it is an important component in both the proton-proton reaction and the carbon cycle, which is responsible for the energy of the sun and stars.

Helium is still being formed underground from alpha (α) particle decay of heavy radioactive elements (such as Uranium and Thorium) in The Earth.

Some of the helium migrates to the surface and enters into the atmosphere, which contains about 5 parts per million by volume. Due to low-density helium quickly rise and escapes into outer space, and It is uneconomical to extract helium from the air.

You Can Buy Pure Helium Gas and Product

→ X-ray Attenuation and Absorption for Materials of Dosimetric Interest

National Institute of Standards and Technology

Previous: Like The Pupil In The Eyes, The Lord Resides Inside
Next: Prince Charles Cinema Ninjas Quietly Hush The Noisy People