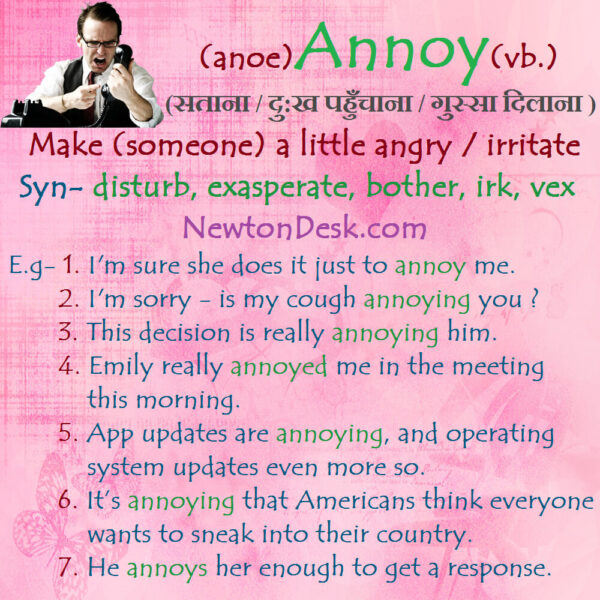 Annoy Meaning In English:- make (someone) a little angry / irritate

3. This decision is really annoying him.

4. Kety really annoyed me in the meeting this morning.

5. App updates are annoying, and operating system updates even more so.

6. Maybe I’m annoyed purely because she already annoys me.

7. It’s annoying that Americans think everyone wants to sneak into their country.

8. he annoys her enough to get a response.

9. I think no matter how the world evolves, people will find a way to annoy each other.

10. why is everyone getting so annoyed with me?

11. People annoy each other when they live in the same house.

12. Mosquito bites are not just annoying but they are key for the virus to cause disease.

13. People who chew with their open mouths really annoy me.

Previous: Creative Ways To Use OTG Cable/Adapter With Smartphones
Next: Distress Meaning – In Pain Or Sadness