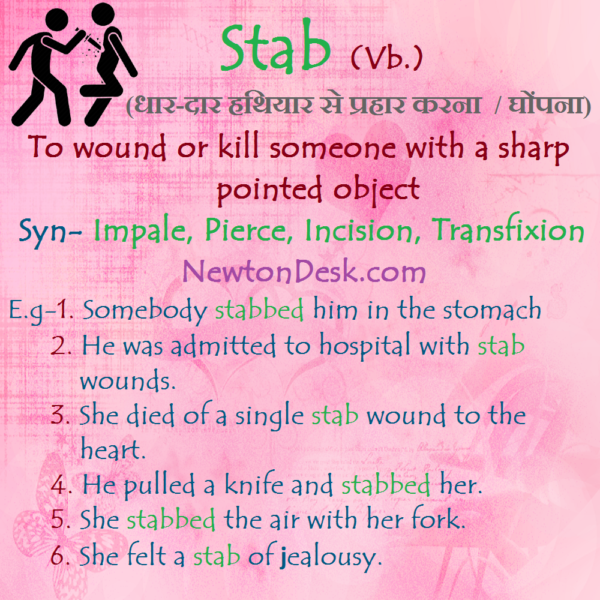 Stab Meaning – Wound or Kill Someone With A Sharp Pointed Object

E.g-1. Somebody stabbed him in the stomach

2. He was admitted to hospital with stab wounds.

3. She died of a single stab wound to the heart.

4. He pulled a knife and stabbed her.

5. She stabbed the air with her fork.