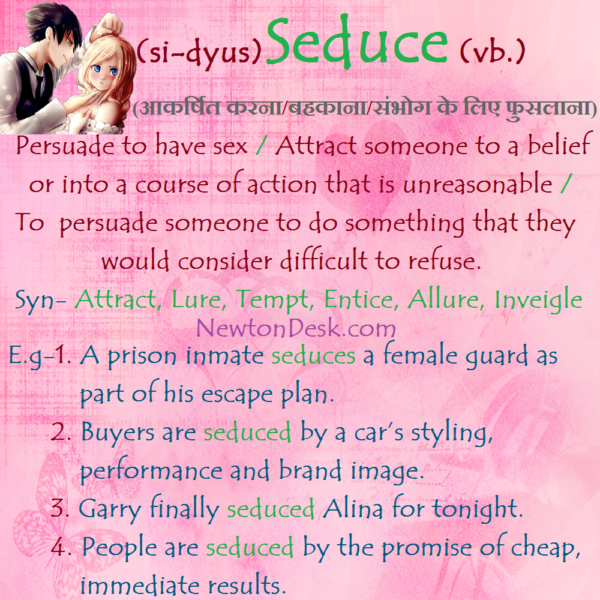 Seduce – Persuade To Have Sex

Persuade to have sex / Attract someone to a belief or into a course of action that is unreasonable / To persuade someone to do something that they would consider difficult to refuse.

E.g-1. A prison inmate seduces a female guard as part of his escape plan.

2. Buyers are seduced by a car’s styling, performance and brand image.

4. People are seduced by the promise of cheap, immediate results.

5.  Yesterday, He was trying to seduce his secretary.

Previous: Retaliate – Action Takes In Return For An Offense or Injury
Next: Tickled Pink – Being Happy With Any Person or Object