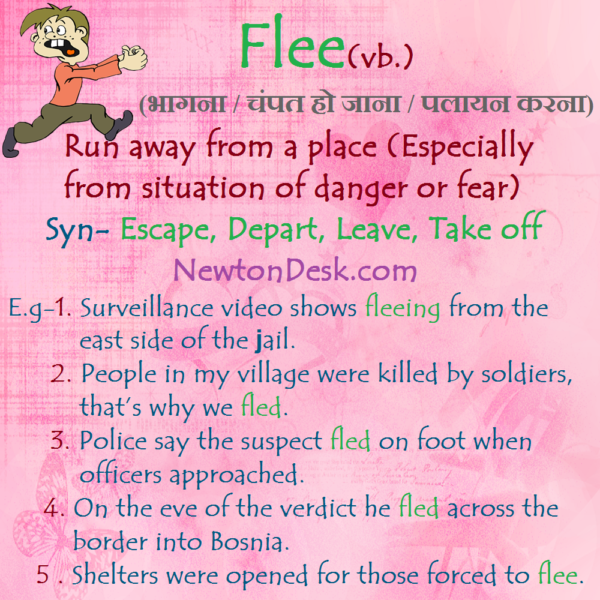 Flee – Run away from a place or situation of danger

E.g-1. Shelters were opened for those forced to flee.

2. Surveillance video shows fleeing from the east side of the jail.

3. People in my village were killed by soldiers, that’s why we fled.

4. Police say the suspect fled on foot when officers approached.

5. On the eve of the verdict he fled across the border into Bosnia.

Previous: Biggest Stars Of Our Milky Way Galaxy
Next: Stumble – To Fall While You Are Walking or Running