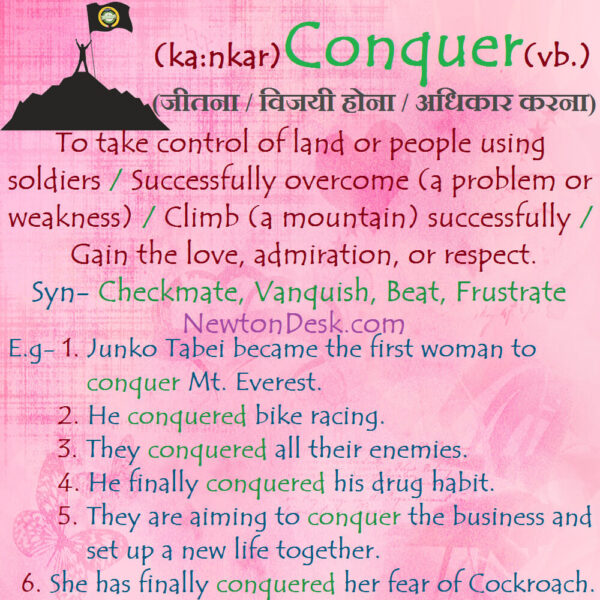 Meaning in English:- to take control of land or people using soldiers / Successfully overcome (a problem or weakness) / Climb (a mountain) successfully / Gain the love, admiration, or respect.

E.g- 1. She has finally conquered her fear of Cockroach.

3. They conquered all their enemies.

4. He finally conquered his drug habit.

5. Militants believed they would conquer Paris, Rome, and Washington.

6. I think Elizabeth herself infused her own myth with this idea of youth, that youth conquers all.

7. They are aiming to conquer the business and set up a new life together.

10. His mother became the first woman to conquer Everest.

11. citizens need to use his votes to conquers the dividers.