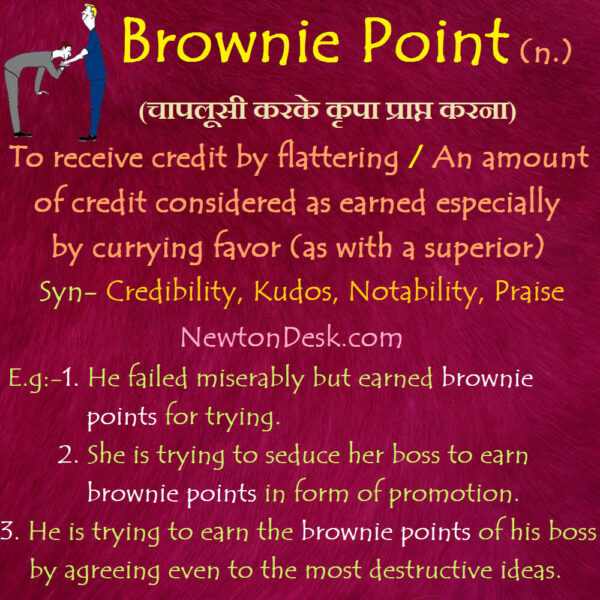 in Newton Desk, Words and Expressions Leave a comment 6

E.g:-1. He failed miserably but earned brownie points for trying.

2. He is trying to earn the brownie points of his boss by agreeing even to the most destructive ideas.

3. She is trying to seduce her boss to earn brownie points in form of promotion.

Previous: Pink Elephants – Seeing The “Elusive / illusive” Creature
Next: Pinkie – The Finger Farthest From The Thumb