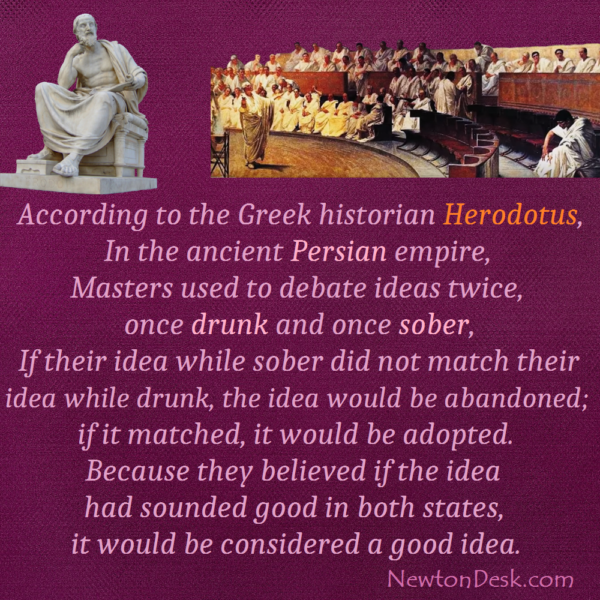 According to the Greek historian Herodotus, If an important decision was to be made. The ancient Persians discussed the question when they were drunk (ingesting some alcoholic beverages) and the following day used to reconsider their decisions when they were sober.

Because they believed that if the decision taken in both state, it would be the right decision.